City & monkeys. Not so many rice fields.

We have arrived at the last destination of this trip in Indonesia: Ubud. Again, one of the Top 10 cities on NomadList, again a little bit of a disappointment (much less than Canggu though). Ubud is associated with green rice fields and terraces, instead it’s just another busy city. For the bigger rice fields, you need to get way out of the center. We arrived at our hotel Umala at Bisma after a trip with the fast boat and shuttle bus. Patagonia Xpress was a great choice, not only was it cheap (300.000 IDR per person) to get from Gili Air to Padang Bai, but they also included a shuttle bus to Ubud for free! Same works from Ubud to Gili, there’s a free pickup with the shuttle to Padang Bai.

We expected the hotel to be more authentic, with view on the rice fields, instead it’s a modern concrete block with the necessary comforts for westerners. The good thing about the hotel is, it’s within walking distance to Monkey Forest and the Hubud co-working space, where we wanted to spend most of our time this week. 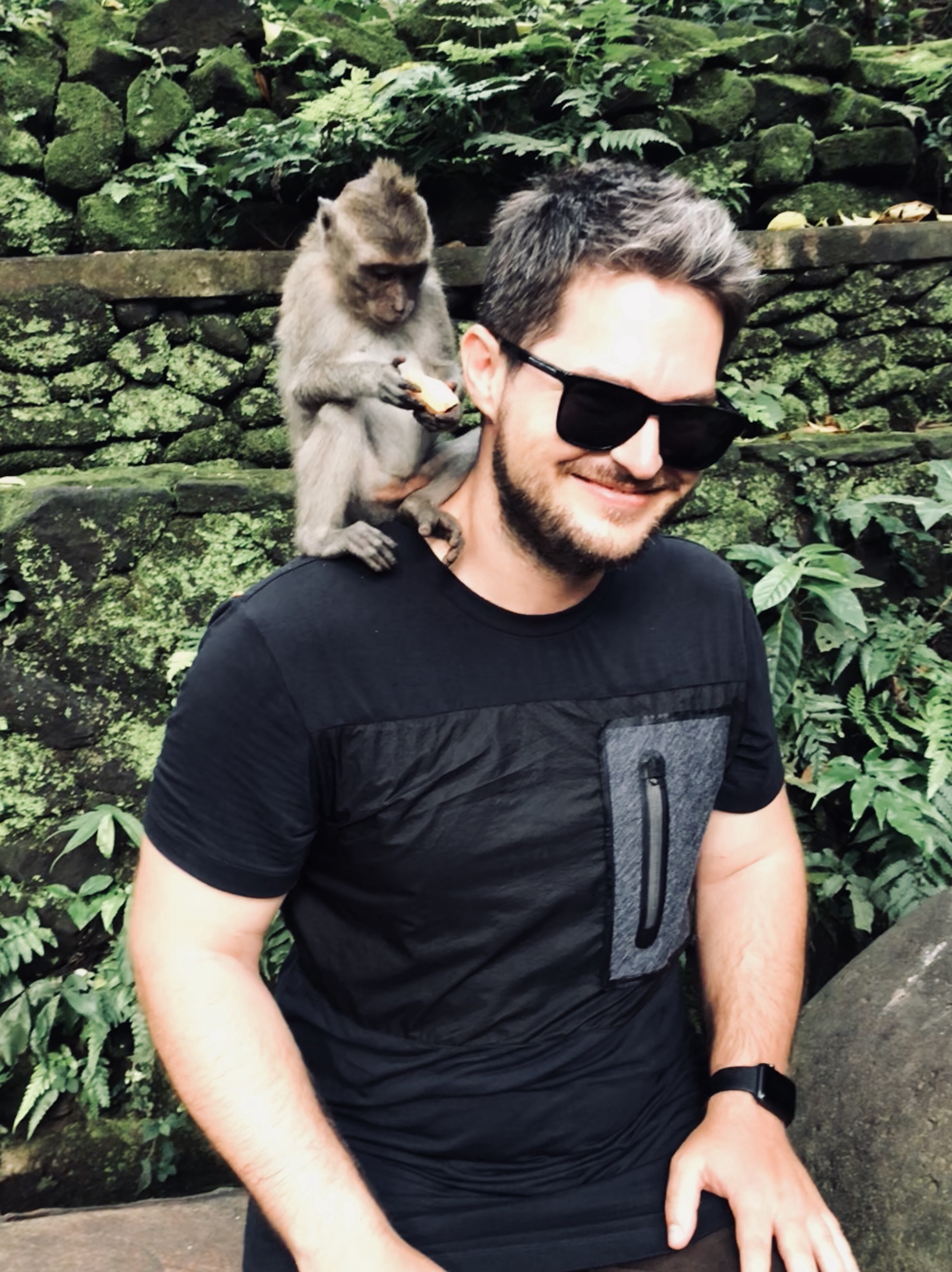 Our first stop on Saturday morning was Monkey Forest. Entry fee is 50.000 IDR per person and you can go in and out the whole day. This was by far the best thing we did since we started traveling. We spend several hours in the park watching monkeys and eventually got close to them as well. Initially we were really scared, but after a while you know which ones are friendly and which ones aren’t. My favourite moment was when a little monkey took my finger and shook my hand, then held on to my arm for a bit and when another one climbed on my shoulder to eat his sweet potato.

One day we saw a women walking out of a supermarket and a monkey attacked her, ripped the shopping bag apart and ran away with a bag of crisps, which was very amusing to watch from a distance. The crisps were open in an instant and the monkey sat on the roof munching. However, two days later we walked by the same shop and the same monkey was waiting there. He saw our white plastic bag and immediately jumped us. As there were no groceries in the bag but just gifts and clothes, I did my best to defend our belongings. After I victoriously retrieved a glass of Tiger Balm from him he just looked at me angrily, but realised he had lost; and we walked away. They’re animals after all, and not cute pets.

Getting decent WiFi in this city is a nightmare. We found some great coffee shops (Two Old Friends by far the best coffee shop I’ve been in a while!), but all of them had terrible WiFi speeds and impossible to work from. Even in the hotel we didn’t get more than 1 Mbit/s. Only the co-working space HUBUD offers a decent internet connection.

I still don’t get the hype of co-working spaces though, to me they’re essentially “just another office”, and HUBUD was with $20/day very expensive (free filter coffee though). Co-working space vs. nice cafe next to the beach on Gili Air paying $20/day for food and espresso? Not a hard choice to make! 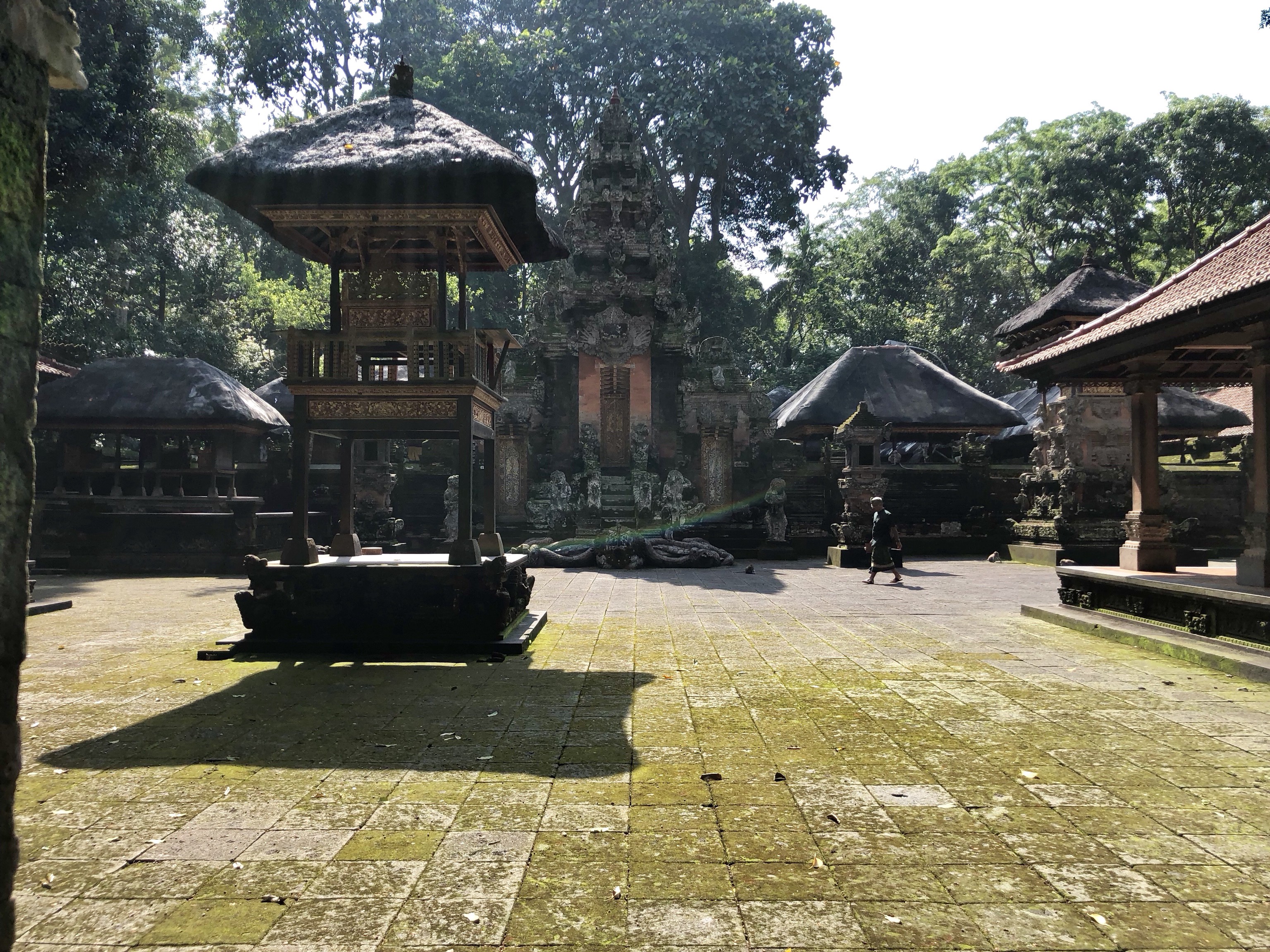 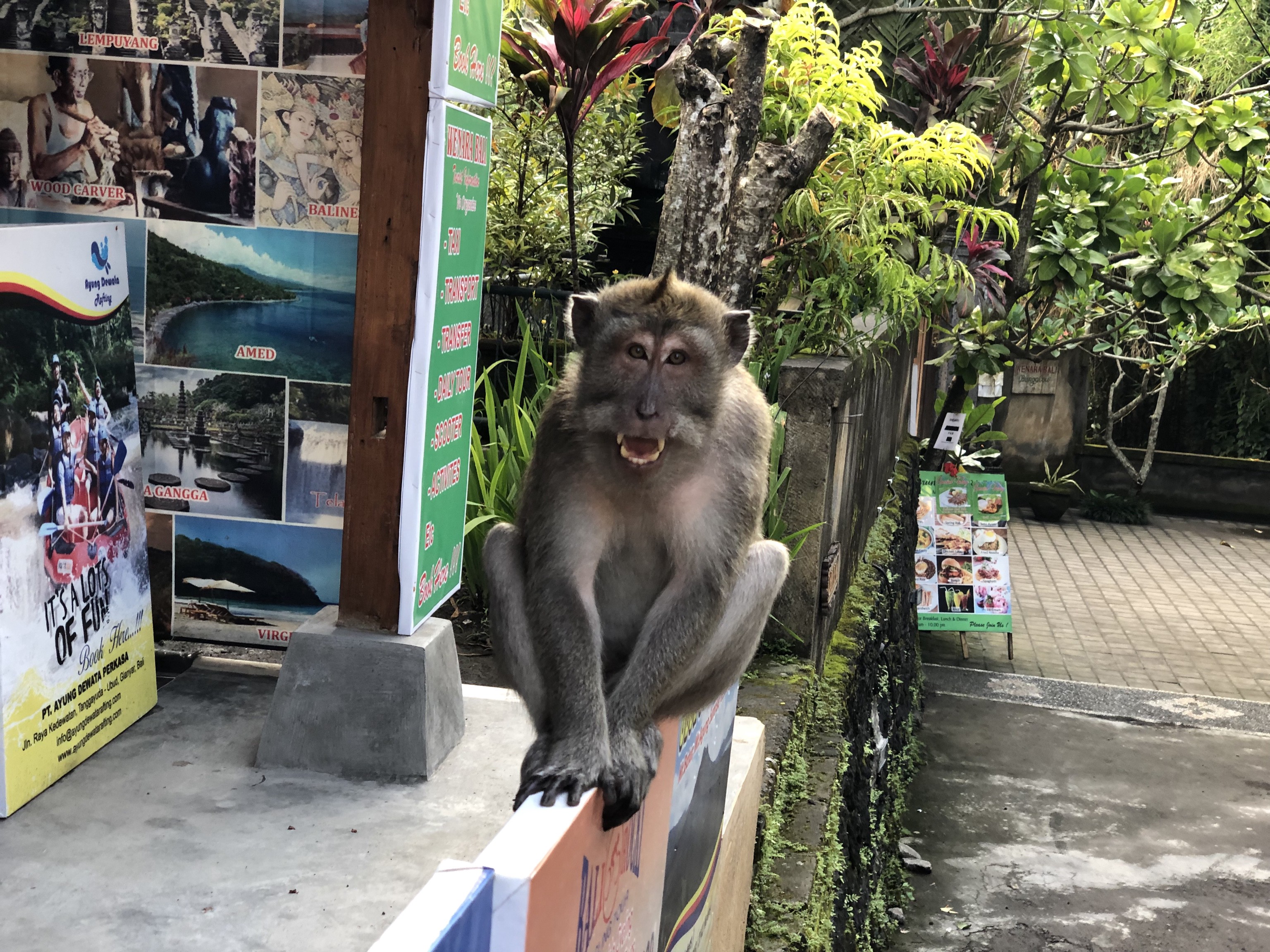 The monkey who tried to rob us!