Even though by marriage the same rights apply as for a EU citizen, the reality is often far off.

Why marry? And where?

You can‘t choose what the heart wants. And you might not be aware that if the heart wants a non-EU citizen, you might get into big trouble. We’ve been in this situation for more than two years now. Maithili got a 9 months visa for Europe to learn how to teach English in Spain (TEFL, a terrible idea for non-native English speakers). So after the 9 months were up, there was no other option but to leave Spain. She came back after 3 months for another 3 months (Schengen 90/180 days rule for tourist visa) and I went to India for a month, my first trip outside of the EU. It was pretty clear this can’t go on, as she wasn’t allowed to work in Spain for the period and hiring someone from outside the EU is tricky as well. So the most practical decision was to get married. It was clear we did not want to do that in Spain given the language barrier and because everything takes forever. So I inquired about the marriage at my home town in Germany. After getting a huge amount of paperwork and the 2-page process description back, all linked to translation fees, legislation fees and what not, it became clear that this wasn’t really an option either. While Maithili was in India during that time, she obtained the required paperwork at the German Consulate in Mumbai. Once I showed that to town hall officer, she thanked me and told me that this is not how it worked. Town hall had to request the papers, send the documents to the German Consulate in India themselves and get the confirmation. Takes 8-12 weeks. Costs 200-700 Euros. That’s the procedure. That’s Germany. Thanks, but no thanks.

Then Mum mentioned Denmark. Why Denmark? Search “Getting married in Denmark” and you’ll know. Apparently it’s the not-so-well-known Las Vegas of Europe, where everyone can get married with minimum paperwork required, and the wedding certificate comes in 4 languages. And it’s cheap (the wedding, not staying a week in Denmark). So we were off to Denmark, to get a wedding certificate. The week after we got a residency permit in Spain and from there on Maithili was allowed to stay and work in the EU as long as she liked and we could be together without day limitations. Easy, simple solution. Next.

Traveling within the EU

Traveling with in the EU is simple, once you have a residency card. But it becomes clear that the “random checks”, which you never went through in your lifetime suddenly always pick you. Especially during the refugee crisis, we were picked out all the time to show identification. Which wasn’t a big deal, but it was clearly not random. One big issue with the Spanish residency card was, that it is entirely in Spanish. Even though it’s valid all over the EU, you better carry a translation or printout of the Wikipedia page. Not for border control or police officers, but Airport Staff who think they have to play border police (Ryanair likes to do that, they tried to refuse us the flight multiple times, even though the visa stamp was already on the ticket). Also, especially with Ryanair, you’ll have to go to the airport earlier than usual, as they require a visa check even while traveling within the Schengen area. Complete non-sense, but whatever. Keep in mind the residency card is not a valid travel document. Only in combination with a passport crossing a border is allowed. If you run into a control outside of Spain, you might get detained until you can prove your identity and visa.

Pro-tip: When you enter the Schengen area, you can both use the “For EU Citizens” passport counters, instead of the usually over-crowded “All Passports” lanes. This was mentioned to us by a friendly Irish Policeman and has worked everywhere so far.

Traveling outside the EU

Outside the EU, the residency card doesn’t help (why should it). So the passport is important. As a German citizen, I am somehow allowed to travel visa free in most countries on this planet. Not so much for Indian citizens. So this is the frustrating part. Make sure you obtain your travel visas in your country of citizenship or residency. Some countries (like Cyprus) don’t have embassies, but only consulates. They might not offer visa services for residents (learned the hard way). If you want to get a tourist visa for any country, you need to apply from your homeland or country of residence. If there’s no embassy, you have to fly to an allocated embassy, which is in Rome for Thailand, or Beirut for Malaysia in the case for Cypriot residents! It seems to be getting easier (Malaysia offers an eVisa now for 30 days), but that’s going to be a long process still. Visa application processes have the most ridiculous requirements: different photographs, upload restrictions (1Mb PDF only for example) and other bullshit to make life harder and the application more frustrating. With a privileged passport, you walk through passport control and get a Visa on Arrival stamp for 30 days. How’s that fair?

The next step to make life slightly simpler is to obtain a second citizenship. If you have €2,000,000.00, you can simply purchase a passport in Cyprus or Malta. Or if you’re an Olympic Athlete or world-class football player, you’ll get a passport for free. For normal people, the cost is time.

We chose to try our luck with a citizenship in Cyprus, which “only” takes 7 years. In order to make this happen, we need to stay in Cyprus 60 days per year (other countries require 180 days), but need to rent an apartment/room for the full year to commit to the residency. We also require to be employed. The easiest way is to found a company and employ oneself. This comes with the great benefit of a 12.5% fixed income tax rate (search for “Cyprus resident non-domiciled (non-dom) status”).

The alternative would have been to not reside in a country longer than 183 days, that way no taxes are due anywhere, but there’s also no chance to get a citizenship (search for 183 day rule).

All of this was unfortunately learned the hard and expensive way. I thought hiring an expert “international tax consultant” from “tax-free.today” would help me with that, instead I got lots of misleading and wrong information and ended up in this situation which I’m not particularly happy with. Wikipedia has a list of European countries and the time it takes for naturalisation, so in the end it comes to two factors:

For us, 180 days in a country is too much of a commitment. Meaning most other European countries are out of question. Cyprus is the only exception with 60 days, so we opted in for that. And there are definitely worse places to spend 2 months per year.

Pro-tip: if you want to be truly location independent, have a look at the Estonian e-Residency! I recommend Xolo, they have great resources on the topic and can help to start the company.

First of all, I have a lot of respect now for couples with different nationalities. If both partners have “privileged” passports, everything is fine, but once you mix EU and non-EU for example, prepare for adventure, trouble and stress. The whole topic made me rethink the concepts of Countries, Citizenships and Nationalities. We will keep updating this post with specific information and experience from our travels that are citizenship/residency focused and we hope you enjoyed the article so far.

All the best and don’t be afraid of starting a relationship with someone with a different passport. In the end it’s all worth it. 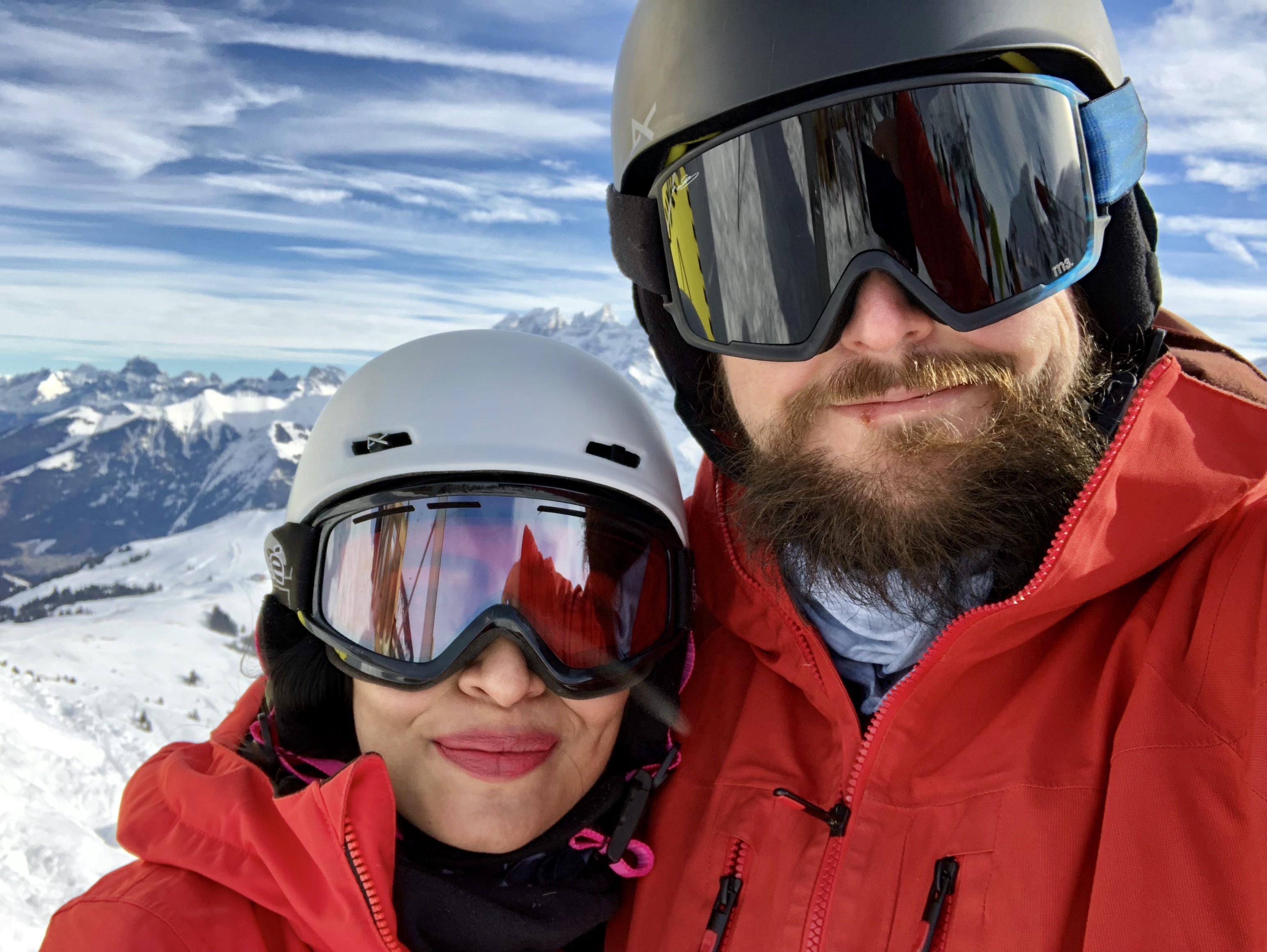